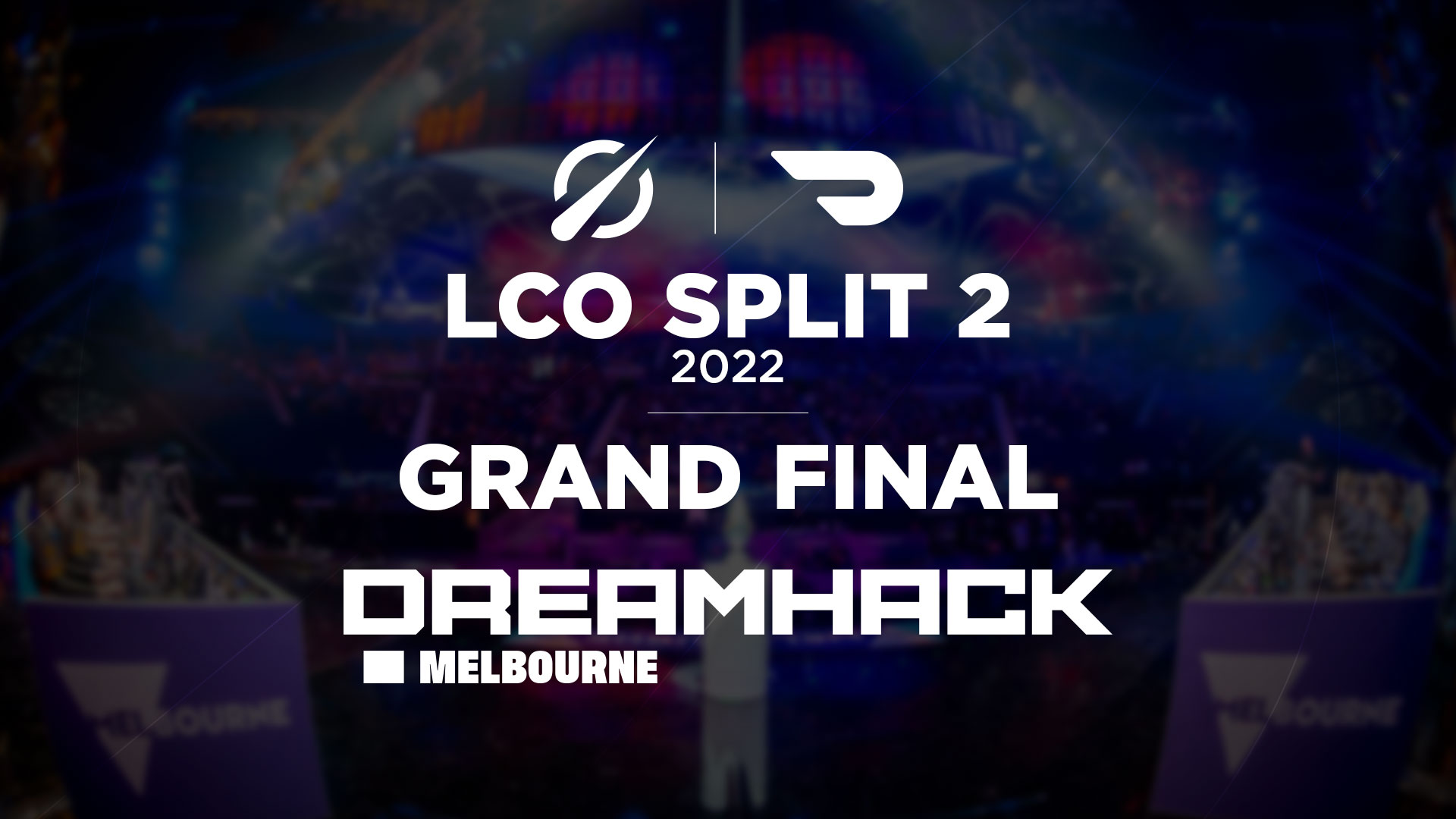 Happy December, OCE! We’ve been busy in the offseason planning for next year, and while the typical OCE-shuffle has been happening, the LCO team have been sussing out exactly what 2022 looks like.

The big news we have to share today: The LCO Split 2 2022 Grand Final will be played live, on LAN, at DreamHack Melbourne 2022, which has just been announced today. So, clear your calendars next September and get ready to see the LCO like you’ve never seen it before – live in front of a massive crowd. The exact day that the LCO Grand Final will be played on will be announced next year, but in the meantime, if you want to be first to get your hands on tickets and secure your spot, you can sign up to the Dreamhack Melbourne waitlist HERE.

That’s all for now, but stay tuned early next year for some more info on what other changes are coming to the LCO!